I’d always been convinced that keeping fit throughout my treatment would be a way to handle the side effects and give my body the means to heal. I was a regular runner before getting cancer – not a fast one – but a consistent one. A bit ploddy sometimes if I’m honest, definitely a bit stiff at times and definitely very weary at times, but that could have been explained by lots of heavy periods and then, eventually, also by the fact that I was dragging two fairly substantial ‘complex masses’ around with me. Not that I knew that for a while…

I was and am, an early morning runner, driven by the need in previous years to get up before anyone in my household was awake, and later by the need to clear my head before work. It’s not especially praiseworthy; I’m just an early morning person and a very bad late-night person- absolutely no fun at parties. Of course, I had no idea how grim some post-chemo days would be, but I was inspired by something I’d read in Prof Trisha Greenhalgh & Liz O’Riordan ‘s book on dealing  with breast cancer. Not that I had breast cancer. I had stage 3 uterine cancer, but I figured chemo was chemo and feeling sick was pretty much to be expected. There’s a line in their book which says: “Walk for 30 minutes every day. Try to do this even when you feel ghastly; even when you have to stop to catch your breath, spit or be sick every ten minutes….Lots of studies have shown that regular exercise reduces the side effects of chemotherapy…You’ll hate us for making you do it, but it will make you feel better.”

They also said that drinking lots of water was essential and a couple of friends of mine, who’d gone through chemo a few years previously, both backed up the exercise and water plan. I was armed and ready. Frustrated by lockdown and housebound by my hospital rules about complete isolation for two weeks prior to my operation, I turned my exercising for that fortnight into a daily plank challenge, secretly wanting my surgeon to tell me later that it had been a real effort sawing through my rock-hard stomach for the laparotomy. Sadly, no such comment ever came my way, but by then, as a surgery newbie, I was more worried about the fact that although I had gone into theatre wearing a pair of delightful hospital knickers, these had mysteriously disappeared by the time I came round.

Post-surgery (radical hysterectomy plus a few extras) I duly pottered round my neighbourhood, extending my walks until the wonderful 6-week point when I was allowed to run again. Nothing fell out. This was a good sign, as although I suppose much of what could have fallen out had been removed, I had visions of remaining organs finding new places to live, but without as much to hold them up. Anyway, so far so good.

I had 25 sessions of radiotherapy with 2 cycles of Cisplatin to start. Yes, I was tired. Yes, I felt sicky at times. Yes, I did go for walks when I felt sick and yes, it did work. I was lucky probably in that I was never actually sick, and I wouldn’t say that the walking always removed the sick feeling totally, but it was part of my coping mechanism along with a few meds, the crystallised ginger and the ginger beer, and it never made me feel worse.

The four cycles of Taxol & Carboplatin which followed were less sicky, but more overwhelming in terms of fatigue and bone/muscle pain. I had post-infusion days when I just lay there- and on one particularly hot spell, dragged myself from bedroom to bedroom as the day wore on, trying to find a cool space away from the sun. A whimpering animal. Barely myself.

As that stage wore off, I became more active again; the walks, the runs, the exercise bike and now, three months after my final infusion, my fitness is building.

When Peaches Womb Cancer Trust advertised for patient voices to inform research, I was immediately interested. My cancer diagnosis has consumed me this year. I’ve read anything relevant I could get my hands on, asked for all my reports, scans etc and spent hours inside my own head, worrying, panicking, looking for reasons and analysing my thoughts. Used to working at full steam in a primary school classroom, cancer was now my new expertise and my new employment. I’ve been, out of necessity I think, self-obsessed (although this self-centredness has had to be managed alongside the need to make it all right for everyone else; to keep people happy, to not frighten my elderly parents, worry my children, upset my friends or overload my husband). When I heard about Leanne Shearsmith’s* interest in activity and womb cancer, I leapt at the chance to get involved in something beyond my own tiny, cancer and covid-imposed circle.

Being a patient voice participant is an important opportunity. I’m excited to think that in Leanne’s hands my experience can hopefully feed into the health and wellbeing of future cancer patients. I’ve just had an initial discussion so far, choosing a one-to-one Zoom call from a choice of group or individual contact and a range of times to suit. Leanne is warm and engaging and really listens, to the extent that I was taken aback by how much attention she paid to what I was saying. I was surprised to find myself in tears at one point and I think it was because I felt really heard, in a way that some of my treatment sessions had never quite managed. I didn’t feel ‘processed’ by Leanne. I felt acknowledged.

I’m convinced that being active before, during and after this very tough year has made such a difference to my physical and mental recovery. The benefits of activity were never really emphasised to me across my treatment plan and I have had to find my own way through. I would love to see activity given more prominence as a supported part of treatment and I hope to be a part of shaping this.

*You can find out more information about Leanne and updates on her research on her Twitter account (https://twitter.com/lshears_) 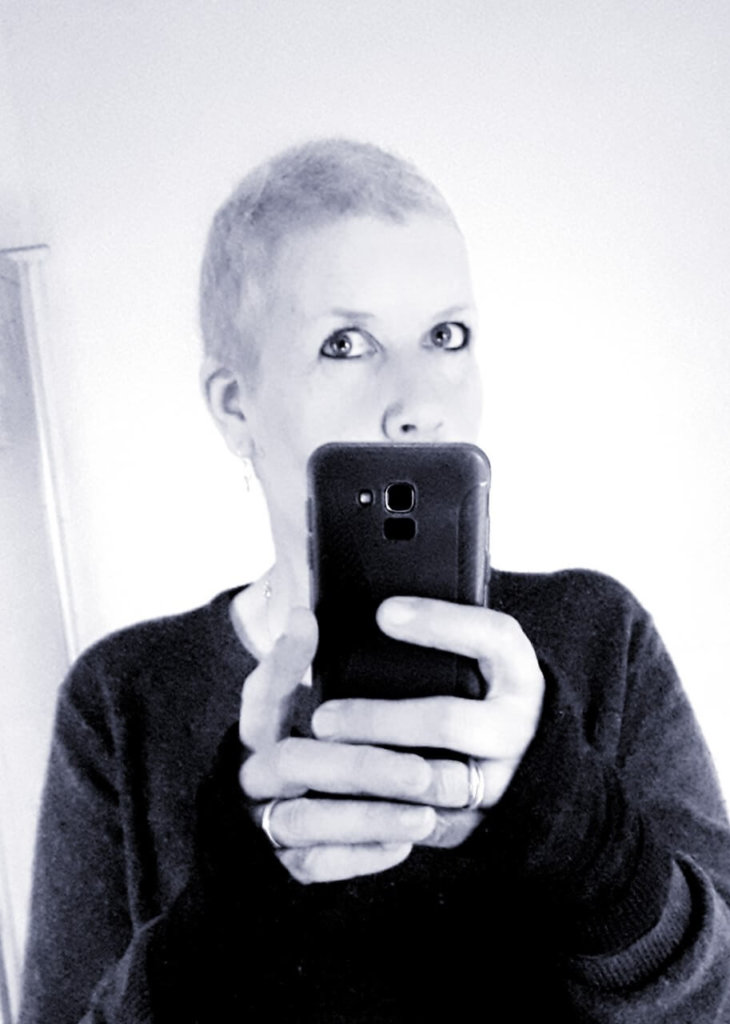