My name is Jenny and I would like to share my womb cancer journey with you for two reasons. Firstly, I had symptoms for quite some time before I visited my doctor and secondly, despite a very worrying diagnosis of a grade 3 aggressive tumour, I had a very good outcome so there is always hope.

Firstly, a bit about me. At the time of diagnosis I was 64 and about to become a grandma for the first time. This was nine and a half years ago and I am now 73. I am married with two grown-up sons and I am enjoying retirement, doing lots of interesting things including yoga, French and music.

I first noticed a problem (I am very embarrassed to say) at least one year before diagnosis. I would have very tiny streaks of blood on the toilet paper after emptying my bowels. This bleeding was from the vagina. I hope I’m not being too graphic but this is to show that no matter how small the blood loss, it may be serious. Gradually I started to feel ill and I think my womb prolapsed as I was very uncomfortable. I couldn’t eat and it was then I visited the doctor who thought my symptoms might be because I had low blood platelets, but he referred me anyway.

At the clinic I had a very painful hysteroscopy (which is another story) and three weeks later I saw the consultant who was very blunt and said to me “you have cancer of the womb”. I was immediately referred to another hospital as they said it was a carcinosarcoma. I had MRI and CT scans which saw no spread of the cancer. The second consultant was even more blunt, telling me I had two tumours that were very aggressive. He explained the hysterectomy operation I would be having within two weeks.

I was devastated and thought I was going to die without seeing my long-awaited grandchild.

Added to this was the complication that if a medical person takes my blood pressure it is through the roof which it was on the morning of the operation. But, after a pre-med I couldn’t have cared less and it dropped to normal.

I had a laparoscopic (key-hole) procedure that included the removal of 25 pelvic lymph nodes. I was told everything was textbook and I went home the next day after dinner. I was taught to do the blood thinning injections. I had to do these for six weeks.

I felt weak for a while but after about four days my husband and I started doing short walks, building up gradually.

The pathology report showed there was no spread but the tumour was near the edge of the womb and classified as 1B. It wasn’t a carcinosarcoma at all so not as serious as first thought but he still said it was aggressive. It was suggested I have brachytherapy over a 24-hour period. This terrified me but, after the initial flurry of activity because my blood pressure was high, the procedure went ahead after inserting the rods under conscious sedation. It wasn’t half as bad as I’d thought and took place about six weeks after the hysterectomy.

I was told I could get lymphoedema but I didn’t but, with the brachytherapy being close to the bowel I do have slight bleeding which I have had checked out.

I had to stay in hospital overnight before the procedure. My recovery was quick and I started a Pilates class a week or two after.

I had to go for checks for five years, which were always stressful with the fear that the cancer had come back, but I was lucky and it didn’t.

So please if you have symptoms get them checked out. Also, don’t panic as this is often a very treatable cancer. I feel the experience has made me a stronger person and I feel well. 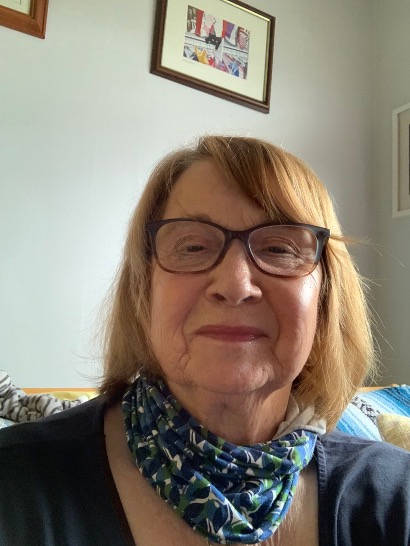